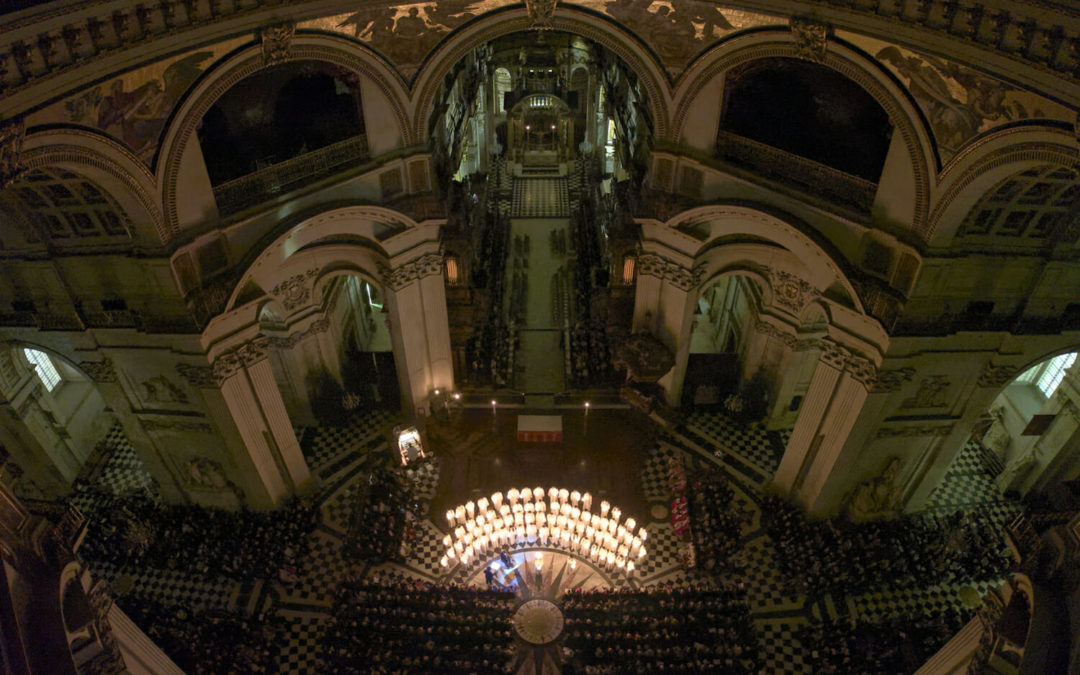 Back on the 28th of October 2016 episode #4 of the Series “Young Pope” featuring Jude Law, was aired on Netflix. Streaming the episode on his TV, a man in London, England was sitting in his living room nursing a beer and was suddenly shot by a bolt of lightning! On his screen was the wonderful Prime Minister of Greenland, visiting the Pope (Jude Law) in the Vatican. An attractive and enigmatic diplomat that caught the eye of the Pontiff in such a fundamental way, that he later dreamed of her dancing in the private halls.

The said man (me) then decided to research this intriguing actress on the internet to discover more about her. Just WHO was she? Why hadn’t he seen her before?? There was very little information, save her name – Carolina Carlsson and some fantastic press reviews of the episode he had just watched. See http://carolina-carlsson.com/the-young-pope/

A quick Google search showed that she is an intelligent and talented lady who speaks no less than six languages and is skilled in dancing, horse riding, martial arts, archery, weapons… the list goes on! So, he decided to set up a basic fansite himself, dedicated to Carolina Carlsson. Gathering any images and stories he could over social media and internet articles over time.

A few months later a private message comes over Facebook asking if it is him that is running the site – apparently from Carolina herself. “Here we go,” he thinks, “she is going to tell me to take the site down.” He could not have been more wrong! Carolina was flattered and offered to co-operate by sending her own photos from behind the scenes on shooting locations and sharing stories of her filming and travels.

Fast forward three years to the last week in 2019. I received a surprise invitation to not only meet with Carolina in London but to listen to her sing in a wonderful Swedish Christian ceremony called “Saint Lucy’s day”. Not only that, but I was sent tickets to the special event at St Paul’s cathedral! The ceremony was little known to me, but now I am a true fan.

Imagine this: All of the lights in the cathedral went out followed by total enveloping silence. You are suddenly aware of the huge cold space all around you and then… then the gentle sound in the background of the choir (singing Santa Lucia) as the candle procession enters from the back. It is difficult not to be moved by this experience. Words like beautiful, poignant, uplifting …fall very short. You just have to experience it for yourselves!

So after the ceremony, when you finally get to meet someone in person that you have admired for some time, what would you do? An actress who travels the world to exotic film locations, meeting and working with major celebrities. Where would you go???

Well… we went down the local pub for a Guinness of course! 🍻 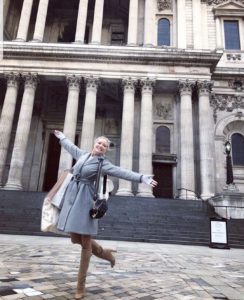 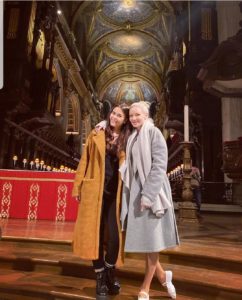 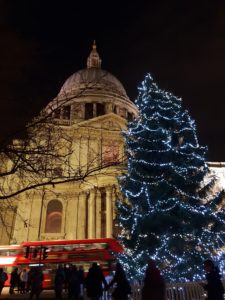 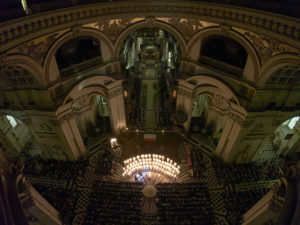 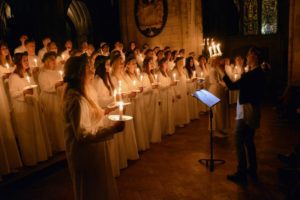 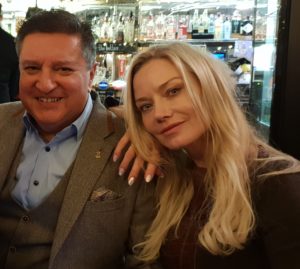 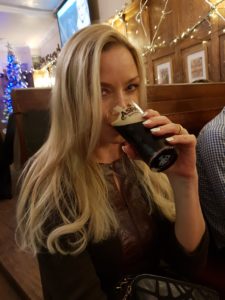